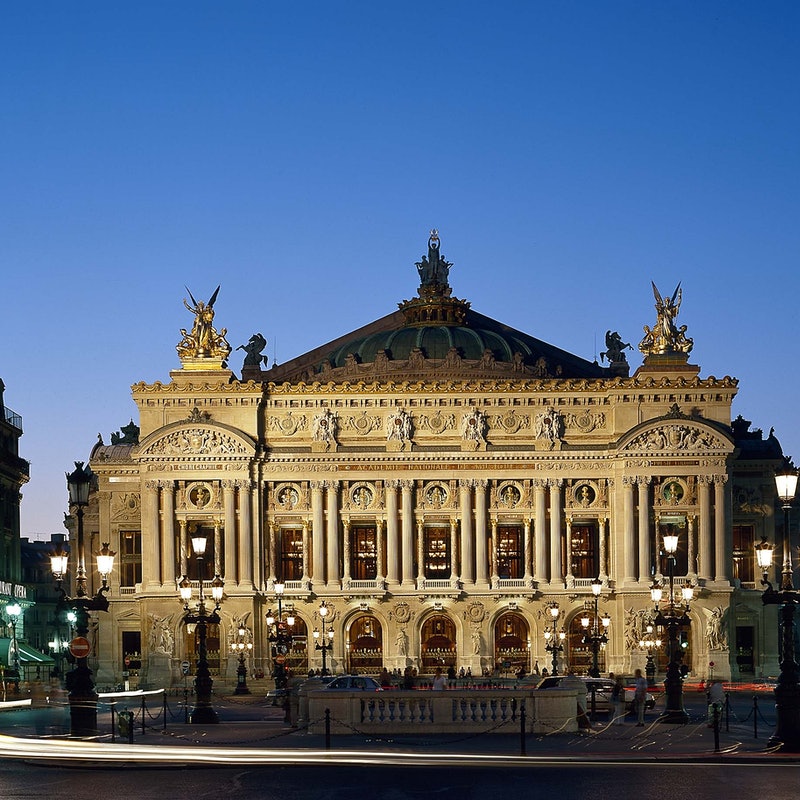 Opéra Garnier, a.k.a. "Palais Garnier" is a massive Opera building its namesake architect Charles Garnier. It was built at the behest of Emperor Napoleon III for the Opera of Paris and probably the most famous opera house in the world! A large part of its fame comes from its role in Gaston Leroux's novel "The Phantom of the Opera" and most of all the novel's adaptations in films and the popular musical.

The Palais Garnier is also home to the Paris Opera Library-Museum ("Bibliothèque-Musée de l'Opéra de Paris"), which is included in unaccompanied tours of the Palais Garnier.

If you think the Opéra Garnier looks beautiful from the outside, then the inside will downright blow you away.